As Easter approaches, it’s not a bad time to think about our famous city to the west, Rome.  They say all roads lead to Rome, and so did mine.. on a return flight from Marseilles, I flew into Rome (because Zadar was booked) and spent a short but meaningful day sightseeing.  The Vatican tour was fascinating, and as a tour guide myself, I enjoyed it thoroughly. Let’s consider the photo above, which continues to impress me.  Two worlds – a world within a world.  But what does it mean?  It can be interpreted in so many ways.  A few possibilities – the independent Vatican government within the city of Rome (a tiny world hidden within a larger one).  The Catholic church within the world at large.  I am sure there are many other possibilities.  My favorite one is the human being within society.

The microcosm (individual) affects the macrocosm (society) to the extent that he / she develops themselves.

A single individual has the power to affect  his / her environment greatly.  Consider the following quote:

The quote and the image fit well together, since revolution is a circular motion, like the earth rotating on its axis.

Next mystical object in the Vatican is this pine cone sculpture.  Graced by peacocks, it was made by the ancient Greeks and adopted by the Vatican and now on display.

What does it mean? That the Greeks adore pine trees?

No… remember the red dot many Indian women wear on their foreheads?  It is the symbol for the third eye, or perineal gland which – surprise, surprise, resembles a pine cone.  It exists within the human body, and is filled with water.  This is what the Ancient Greeks are glorifying – the human ability to follow one’s intuition.

Back to the “all roads” comment.  Like I said, I had a layover back from another destination, and took the city bus to my hostel.  From there I was fully impressed by the underground subway.. Two euros and 180 minutes you can travel wherever your heart desires.  In my 24 hours there, I spent 10 euros and did quite a bit of travelling.

Getting out of Dodge was no big deal either.  With two airports, there are several options, but I chose a pre-paid TrenItalia ticket for 9€ booked online.  The train was virtually empty, and no one asked to see my ticket either (amazing)… It took me on a scenic route across the Italian boot to the other coastline – Ancona – where I borded an overnight ferry for Split.  The ferries are great in the summer – running at least once a day, and cheap (20€)- but offseason is another story.   The last time I checked, ferries ran two or three days a week via SNAV or Jadrolinija from Ancona to either SPLIT or Zadar.  The SNAV ferry has live entertainment – and quite a few people got busy and cut the rug until the wee hours of the morning.

Ancona trains leave you off at one end of the horseshoe-shaped harbor, so you need a bus to the “confirmation” desk and another bus to the “check in”.  A half hour advance is advised.

Rome was not only relatively clean, it had an upbeat attitude. I felt no fear but still kept an eye on my purse because “Toto we are  not in Croatia anymore”. My 50€ tour was the most expensive expense but it was well worth it.  Gelato was 3€ (the same price as a small chicken!).  Be sure to bring a scarf, since they won’t allow bare arms inside the complex. I bought fresh vegetables and fruit (10€) to cook at the hostel (25€) and managed to get by very cheaply courtesy of AirBnB.  I even bought a blue polka dot dress in the bazaar for only 5€!

For me the two best ways to visit Italy from Croatia is the ferry – train combination, or catch an autobus from Dalmatia to Trieste which runs Wednesday evening, arriving in Trieste early morning.  From there go from the bus terminal to the train station and all Italy is at your fingertips.

Ryan Air from Zadar is also cheap… check online at www.ryanair.com but be sure to book early.

Croatia is centrally located so it is easy to visit neighboring countries without having to spend too much cash.

Just another one of the benefits of being here 🙂

As I mentioned before in earlier posts, the moist climate of early spring can lead to very unpredictable weather.  Jugo (pronounced You-Go) is known for its mild headaches, sense of irritation and wildness, a constant daily temperature (around 12-16 degrees celsius).  Its name, South, refers to the southern winds deriving from Africa. 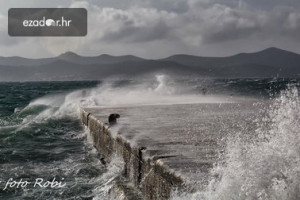 People’s moods tend to change for the worse during this time.  On the bright side, it is warmer, so if you want to do wear a few less layers, Jugo is a good thing for winter weddings and other gatherings.

Since I haven’t quite mastered the Video section of my Blog, I will add this link in the main body.  It is Luka Nizetić, Split singer, singing the song “JUGO”.  Enjoy!!!!! 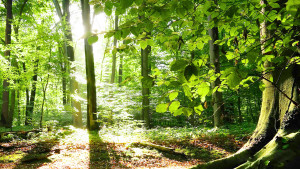 These past few days, we see young people holding bunches of green goodness along the major cestways.  This can only mean that spring has sprung (never mind the date on the calendar!)  OK we have a few more cold days ahead of us, but when the wild asparagus begins showing up, the worst of winter is definitely behind us.

Did you know they were originally called “sparrow grass”?  Little bundles of asparagus can be purchased along the roadside or in farmers’ markets for 20-50 kuna per bundle depending on size, quality and availability.  How to prepare them, you ask?  Well, first of all skinny Croatian asparagus is tinier than its American sisters – instead of a typical pinky finger dimension, get used to 1/5 th that size.

People here usually boil them gently in a shallow fry pan (covered, so the steam can do its work) and when they are soft (prick with a fork) remove them (but keep the “juice” for later, especially for Risotto).

Good fresh green vegetables are a great way to get out of the winter doldrums.  The searching for asparagus is part of the fun – add an afternoon walk into your lifestyle with the ever lengthening days.  Those who don’t have time to search will be glad to buy them from you, but I personally reccommend you keep them and prepare them within a day or so.

The benefits of asparagus are many – some may make you blush –

Asparagus is a natural detoxifier – think Christmas party drinking and celebrating… time for a new start :).  Filled with vitamins A, C, E, and K, it helps eyes, builds immunities, it is also rich in folic acid, which is reccommended for pregnant mothers.  It is a natural diuretic, helping to resolve water retension in the body.  It also boosts testosterone, which may help the man in your life.

Here is a helpful link for those who love Asparagus so much that they want to plant some in their own backyards, written by my HubPages colleague, Penelope Hart.

Welcome to Amerikanka in Croatia!  It has been on the back burners for quite some time now.  Here we will discuss a little of everything that pertains to Croatia from an American point of view!  Amerikanka, by the way, means a female American (that’s me).

I came here in 1999 as a tourist with Croatian roots.  Since then, a lot of water has passed under the bridge.  I ended up staying, marrying, having two wonderful kids, becoming a (dual) citizen, tour guide, and court translator.  I love it here and have no intentions of moving back (but as they say, never say never..!).

So welcome to my blog.

The homepage will always show the latest posts on top: this keeps your blog fresh. If you don’t want people to be able to comment, I can disable that feature, but it might be fun to keep it. Also, test the blog on your smartphone too. Should look great. Type over this post to edit it. To add a new post, click on “add new” either from the left-hand column of your dashboard, or click the plus symbol in the thin band along the top. You can create categories for your posts too if you like, or not.

Dear Friends and Colleagues, Welcome to Amerikanka in Croatia!  It has been on the back burners for quite some time now.  Here we will discuss a little of everything that pertains to Croatia from an American point of view!  Amerikanka, by the way, means a female American (that’s me). I came here in 1999 as a tourist with Croatian roots.  Since then, a lot of water has passed under the bridge.  I ended up staying, marrying, having two wonderful kids, becoming a (dual) citizen, tour guide, and court translator.  I love it here and have no intentions of moving back (but as they say, never say never..!). So welcome to my blog.